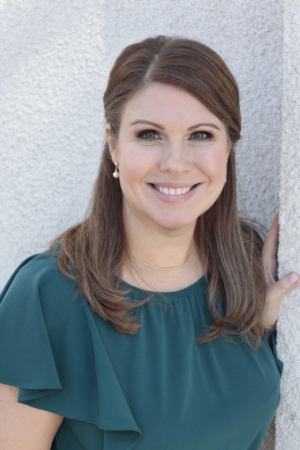 Amanda Alexandrakis is a music executive based in Ft. Collins, CO. She is the founder of Music Promotion Inc., a successful music marketing firm that marries strategic marketing with other promotional aspects of an artist’s career. Not content to focus on just one area, Ms. Alexandrakis looks at the big picture and, with an ‘all hands-on-deck’ mentality, connects all the marketing aspects so they function together to promote a project from top to bottom.

A graduate of Florida International University’s College of Business, where she earned both a Bachelor’s (Business Administration/Marketing) and Master’s degree (International Business), Ms. Alexandrakis immediately felt a pull toward marketing but had no plans to focus on music. While a freshman in college, Amanda connected with a friend whose mother was a famous 60s singer and was launching her own record label. With Ms. Alexandrakis’ bubbly personality and outgoing nature, they felt a job in radio promotion would be a perfect fit. Within her first 2 days of her first music job, Ms. Alexandrakis made the nascent label over $35K and booked over 40 radio interviews her first month. She was promoted to Promotions Director a week after starting, put in charge of domestic and international campaigns – and a career was launched.

Ms. Alexandrakis realized she not only had an aptitude for marketing but for getting people excited about a project. After leaving the label, she had a short stint as an in-house promotion director for a booking agency before deciding to strike out on her own. This was not surprising to anyone who knew Ms. Alexandrakis as a youngster, as she played several sports and was called “kamikaze” by her coaches because she would never back down from a challenge. Skiing black diamond runs at age 4, a 12 year stretch as a gymnast and a period spent as a stuntwoman prepared Ms. Alexandrakis for anything the music industry could throw at her. Her ability to give it her all through any circumstance is something she’d been cultivating her entire life.

While attending college in Miami, Ms. Alexandrakis established two entities: Dalin Promotions, an independent promotion company that specialized in College Radio Promotions and soon after came Dalin Records, a recording label that focused on the Adult Contemporary and Alternative genres. The label’s first release charted Top 20 on the national radio charts and for the next five years, the label signed multiple acts and became known within the industry for their high-quality releases and youthful but aggressive approach to marketing.

In 2001, Ms. Alexandrakis co-founded South Beach Marketing and Promotion, Inc, based in both Miami, FL and Boulder, CO. A radio promotion company that focused on secondary and mainstream Adult Contemporary radio campaigns, Ms. Alexandrakis would head up all corporate marketing, campaign development, branding and sales. She also expanded the company into the Australian market. During this time, Ms. Alexandrakis also worked as a consultant for the European Music Office, an official government funded agency created to educate artists, something she still looks back on as a career highlight.

In 2011, Ms. Alexandrakis founded Music Promotion Inc. after seeing the need for a comprehensive marketing company for small labels, artists and management companies. The company works strategic marketing, radio, press and digital campaigns in the U.S, U.K., Europe and Australia, juggling several different time zones with ease. During this time, Ms. Alexandrakis also began working with the David Lynch Foundation Music, acting as their Worldwide Radio Consultant and Marketing Manager for a charity compilation series featuring 18 artists released in over 30 countries. “This was one of the most gratifying projects I have ever been involved in. It was extremely complicated with so many moving parts and I loved every minute of it!”

Ms. Alexandrakis is an active member of The American Marketing Association, The Public Relations Society of America, as well as The Recording Academy (Grammys). She has worked on multiple projects that have won or have been nominated for a Grammy and she has been recognized by The Recording Academy for her professional contribution 4 times.

If she wasn’t already busy enough running a business and raising a son with her musician (yes, she married one) husband, Ms. Alexandrakis managed to get a Certificates in both Disruptive Strategy in 2019 and Sustainable Business Strategy from Harvard Business School in 2021.

Music Promotion, Inc. is a music marketing company that was created with the purpose of catering to the practical marketing needs of artists. Digging deeper than a traditional radio promoter, MPi analyzes the entire project and “connects the dots” between radio and other aspects of an artist’s career to obtain optimal results. MPi can be hired to handle solely radio or we can have a more comprehensive role in the project by handling marketing strategy, branding, pre-release setup, and overseeing/consulting a release. Our clients range from baby bands to Grammy-winning artists.